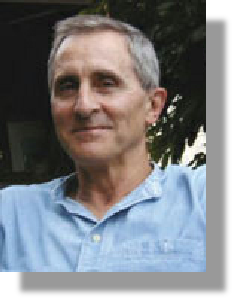 Tolkien, with a sensibility, rather like Edward Thomas's, has a knowledge of birds and wild plants rare nowadays, though it's never 'flourished'; but he has a trained eye on our contemporary creation of poisoned landscapes... The book's four parts are really sequences, preoccupied with rootedness, relationships, escape* and the imponderable... His style, stripped of ornament, clipped to classical realism, with its sharp eye on actuality, is an implicit statement of taste:

Even walking this sandy heath
can't wash us clean
of the same old poets...

There's been an increasing flintiness in Tolkien's work since his earlier publications. It suggests a tight-lipped rage at how we let our illusory 'real world' worsen. There's no political view evident, though. The work is the work of consciousness. The poems go very close to reporting without ever losing the presence of personality conveyed in deft turns of phrase:

This strong coffee tastes of you.
sharing it we feel our elbows
meet across the beach bar...

As for *'escape', there's little of that: it is rather disgust with the escapes offered: 'Hotel Paradiso', 'Bonanza Packages', the consumer consolations offered by a fast-buck society whose chief product is money. Yet the possibility of 'outstripping gravity' isn't completely absent from the modern world. The title poem's depiction of the death of a much-loved and admired brother-in-law hang-gliding is full of hints that 'there's more to flight than flying.' A spiritual search is picking its way through, not only the junk-thought and junk objects we're bombarded with, but the authentic difficulties of finding meaning...
These finely-wrought poems are a model of how reserve can convey a white passion.
( H. Lomas : Ambit 13 (2001))

In an Ambit review H. Lomas wrote that in Michael Tolkien's work 'many will recognise a truer image of maleness and love than the one current in the media.' In the poem 'Sidelined' he writes of how a dress on a rack in Marks and Spencer reminds him of a woman:

...(I) touch the hem
Casually as I did when complimenting you that night
...and I mean it still, though you're a hundred miles
Away, and getting on with your life...

The avant-garde young-as represented by poets from the Route stable- are much brasher in their depiction of relationships; yet Tolkien represents the truer male, not just in maturity, but also in honesty of emotion.
He excels in the sequence 'Hotel Paradiso', which depicts a package holiday with greater veracity than any sun, sand and sex 'in Ibiza' pulp novel, or squalid poem of the genre of some of the younger poets.
The title poem appears last in the book, and what a finale it is! Although it contemplates an early death, it is nonetheless uplifting.
( from Poetry Quarterly Review, Special Issue 2002)

Michael Tolkien's collection is an amazing 'tour de force'. The 80 or so poems are arranged into four sections which explore the natural world, childhood and other relationships, working through a marriage and explorations of the spiritual. The divisions are not arbitrary: most of the poems interrelate in thematic material with those in another part of the book, forming a unity which is very satisfying. The language is close-textured, with an ease of rhythm and naturalness of imagery, making the work accessible and inviting. The reader wants to read again and discover what lies beneath the surface. A typical example comes from the first part of the book, from a characteristically short piece titled 'No Escape', when after the first stanza has set us firmly in rough woodland, we come across:

Coverts foxes slip from to pick off pheasants
just released and wondering where to scratch...

In these four lines Tolkien makes us acknowledge the ways in which we manipulate the natural world to suit our own predatory instincts. The contrast between the beauty seen in the spent cartridges and their primary purpose is a fine touch of irony. Tolkien handles his material with truthfulness and skill. I shall look forward to reading more of his work. Meanwhile, this book comes strongly recommended.